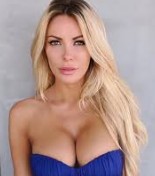 Crystal Hefner, wife of Playboy entrepreneur Hugh Hefner, recently elected to have her breast implants removed because she believed that they “were slowly poisoning her.” This was after she read Internet comments from people who shared similar symptoms and said implants were the problem, and after she believed she had chronic Lyme disease.

Science is not on her side. Not even close.

It’s okay that she did it. Breast implantation is a reversible process. If the devices are no longer providing benefit, if they become a source of worry or fear, or for any reason, they can be removed, ideally by an experienced surgeon working in an approved facility. An image of Ms. Heffner recovering suggests that she did just that.

But the important question for other women who may now be concerned is this: What is the source of information that drove her to this level of concern? If she has based her decision on the unsubstantiated belief that silicone polymers are toxic to humans, then her worry and fear is unwarranted.

False assumptions about silicone in medical devices, especially breast implants causing myriad diseases (more than 200 attributed) were commonplace in the early 1990s. Fortunately, we now have the results of dozens of well-run studies, which show no causal link between silicone exposure and any of the problems that Mrs. Hefner lists: aches and pain, fatigue, allergies, thyroid dysfunction.

We are told that Mrs. Hefner sought medical advisory, and was diagnosed with Lyme Disease. Apparently this was insufficient for her or her husband, who is on board with the decision based the shabbiest of evidence— 3000 listings on Facebook by people with similar problems. This sounds ridiculous enough, but it does not mean that other women won’t follow suit.

A bigger question is: What should several million women, who have breast implants, but no problems do? And, what about hundreds of thousands who have symptoms similar to Ms. Heffner, but do not have implants?

The breast implant issue was studied thoroughly by a panel of scientists selected by the Institute of Medicine of the National Academy of Sciences. Their report in 1999 was do not waffle. It declared that all claims about carcinogenic, mutagenic, teratogenic, or immunologic effects of breast implants were invalid.

No- breast implants do not cause cancer, genetic disorders, birth defects, or autoimmune and rheumatic diseases. The events leading up to the IOM report are documented in Silicone on Trial: Breast Implants, Regulation, and the Politics of Risk.
Since the IOM report there have been reports of lymphomas (ALCL) that have developed in the fibrous sheath that forms around all implanted devices. These tumors (estimated to occurrence rate one in one half million) are not specific to breast implants nor is the breast tissue even involved. The risk is rightfully considered to be “very small” according to the FDA [fda.gov/breast implants/ALCL.

Perhaps more interesting is, the incidence of actual breast cancer has been found in several studies to be diminished in women with breast implants, and it does not decrease by a trivial amount. According to Swedish study: Joseph McLaughlin et al., “Long Term Cancer Risk Among Swedish Women With Cosmetic Breast Implants: Update of a National Study,” Journal National Cancer Institute, 98 (2006) 557-560, this reduction is 26%—a very significant number indeed.

Perhaps Mrs. Heffner was not aware of this study when she made her decision. I guess this is what happens when you use Facebook to guide your medical decisions.